Flagship smartphones, being a company’s centre of attention, almost always come with all the bells and whistles, with each subsequent release calling itself a rival predecessor’s ‘killer’. Though, over the years, these smartphones got more expensive, and more recently they’re priced on the upper end of the 4-digit mark.

Sitting on the other end of the spectrum, are entry level smartphones that come with glaring compromises to keep prices low and with a lifespan of two years or less, these serve their purposes with nothing more than the basic functions of a mobile phone, alongside some additional but rudimentary quality-of-life features such as Internet connectivity, GPS, and a camera.

Now, what about something in between? Mid-range smartphones sit comfortably between barebones and lavish, and with each generation, the lines between a flagship and a mid-range are blurred even further.

The modern mid-range smartphone is just a flagship but without most of the cutting-edge and nice-to-have features.

Flagships are designed to appeal to nearly every demographic in the upper market segment by excelling in all aspects. However, a performance-oriented processor, professionally capable cameras, dynamic displays, and branded sound systems may not be relevant to your personal preferences and needs.

Why pay for a phone with NFC capabilities if your eWallet of choice supports QR scanning, or have the price of a stylus added into the total when it’s easier to type instead of scribbling on the display?

Mid-rangers give you something that flagships do not – the power of decision to choose a phone with features that matter to you. Whether you’re a semi-professional photographer, an avid mobile gamer, an aspiring social media influencer, or even a power user looking for a compact laptop alternative, there is always a mid-range model out there which almost seems to be tailored to fit your needs – without charging you a premium for an otherwise undesirable aspect.

The mid-ranger inherits features from the flagship

If you’re one for the in and now, or if a particular piece of tech captures your interest, but you have the patience to wait, eventually even the most ground-breaking of innovations turn into another brick in the wall, and newly introduced features, if proven to be a success, will trickle down into the rest of the line-up.

These features, once inherited from a flagship sibling, are usually polished for a smoother experience following consumer feedback. In a way, the guinea pigs are in the form of those who bought the flagship, and a mid-range consumer reaps the benefits of refinement, therefore being spared from frequent trips to the service centre and hours scrolling through the owner’s forums for fixes and workarounds.

Furthermore, to keep prices low, a mid-range smartphone may keep features otherwise discontinued on a flagship, regardless of popularity, like a 3.5mm audio jack, or expendable storage.

For a vast majority of people, a smartphone is nothing more than just a portal for their applications – a means to watch a show on Netflix, listen to some music on Spotify, or to flick through Instagram – and would gain almost nothing from a 20-core CPU or a 200MP hexa camera set-up.

This mainstream segment finds little to no value in a DSLR-alternative camera, or a high-performance graphics capability. Unless deliberately searching for the latest and greatest, or having a significant spending power, paying a premium for otherwise irrelevant features would be nothing more than money poorly spent.

To the average, mainstream consumer, these improvements are becoming less and less noticeable each year. Hence…

A mid-ranger is more value for money.

A mid-range smartphone’s primary objective is to pack all the main features people need into the lowest possible price.

Apart from the omission of more complex features, to keep prices low, premium materials such as glass or steel are replaced in favour of high-quality plastic. Be that as it may, modern mid-range smartphones are given plastic finishing with standards just as high as their more expensive counterparts.

As mentioned beforehand, there are plenty of choices in its price point, suiting nearly every set of preferences and necessities. Obtaining a mid-ranger means you’ll only be paying for what you need.

With manufacturers now promising to support several years’ worth of software and security updates within and potentially beyond the mid-range smartphone’s estimated 2-year life cycle, obsolescence, although inevitable, is delayed.

Furthermore, without complicated aspects like in-display fingerprint scanners or Ultra HD displays, maintenance, or part replacement, if necessary, would be significantly cheaper.

Meanwhile, when the time to say goodbye to an ageing phone does come, it would be less of a financial heartbreak, and upgrades or replacements can be more frequent. 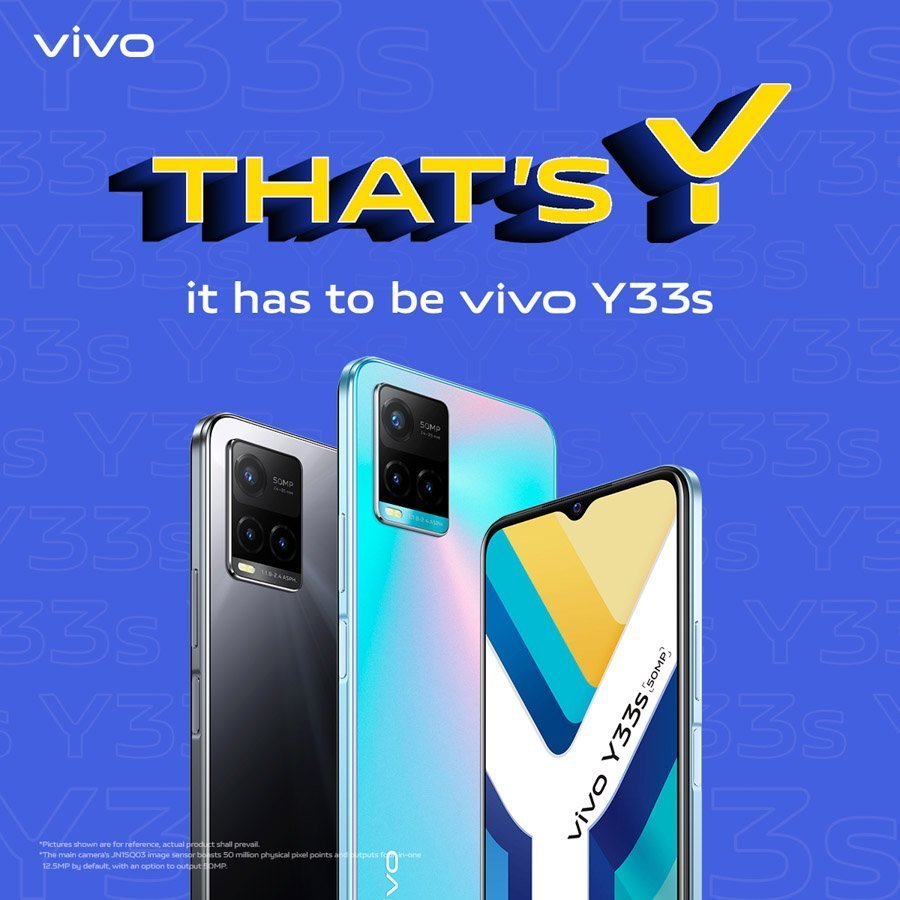 A breath of fresh air

The Y33s, vivo’s latest gladiator in the mid-range smartphone colosseum, has been generously armed with several figurative weapons. 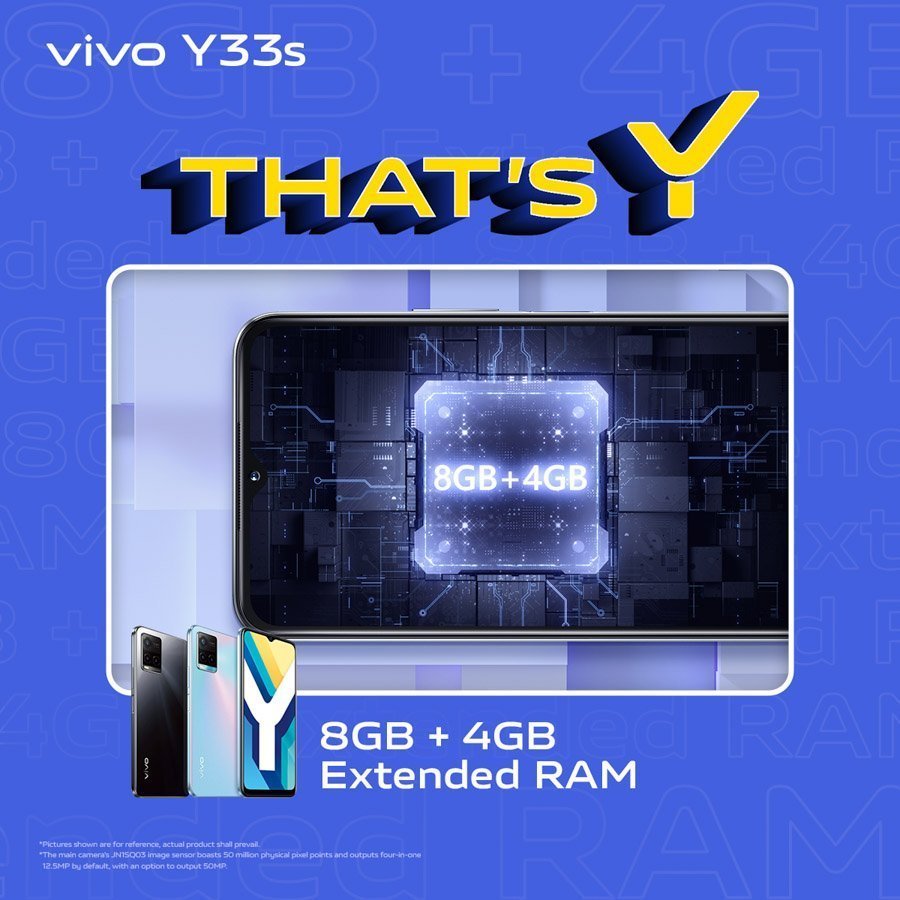 With 8GB, the Y33s possesses the amount of RAM as several lower spec flagships, at a fraction of the price, with its party trick being the software-extended additional 4GBs of RAM, where it uses a portion of the smartphone’s internal storage as virtual memory. Much like personal computers, the Y33s’ processor swaps out inactive apps into the extended RAM space, therefore allowing active apps access to the much faster RAM for a much smoother app-switching and multi-tasking experience.

The Mediatek-sourced Helio G80 processor with HyperEngine Game Technology and Multi-Turbo 5.0 is nothing to scoff at, and provides intelligent, dynamic management of CPU, GPU, and memory, all according to active measurements of power, thermal, and gameplay factors. It also promises smoother performance in graphics-heavy game engines, demanding cutscenes, and intense gameplay, and enhanced power efficiency for longer battery life.

Storage, on the other hand, is no issue, with 128GB built-in, and a triple card slot supporting memory expansion for up to 1TB – something missing in several new flagship smartphones – a sight for sore eyes, in the era of cloud storage. 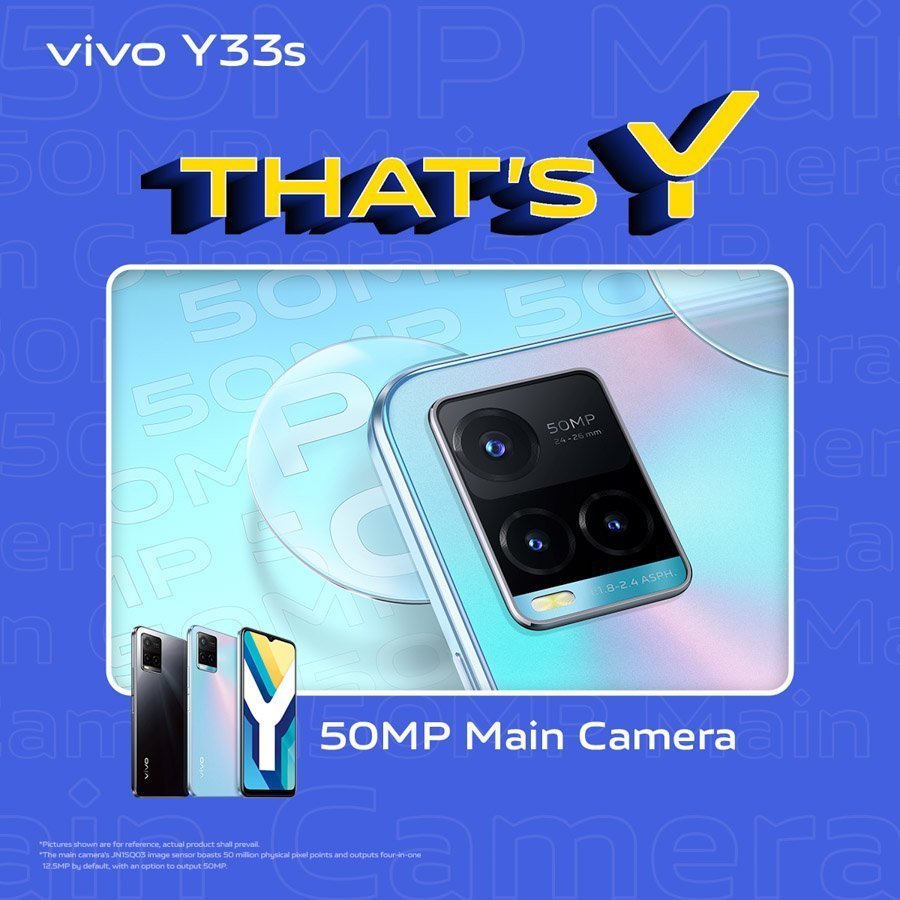 The Y33s’ camera also boasts a Bokeh, Super Macro, Super Night Selfie mode, and Personalised Portrait mode, to name a few, catering to the most amateur or borderline-professional photographer. 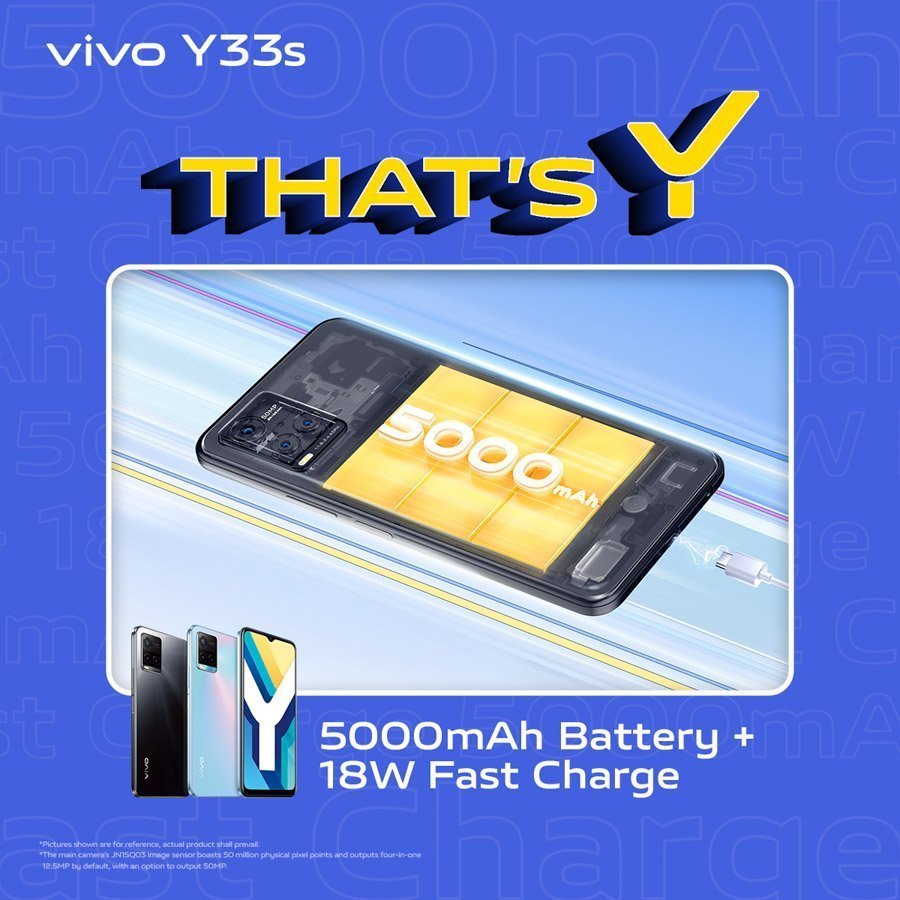 A long-lasting, flagship-level 5,000mAH battery, powers the Y33s. It supports 18W fast charging, and, interestingly enough, a reverse charging function, where it can be turned into a power bank for emergencies or moments of electrical generosity.

The vivo Y33s is priced at RM999 and is available for purchase via the vivo Malaysia E-store, as well as the brand’s official stores on Lazada and Shopee. 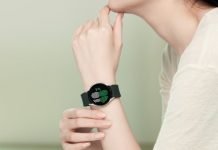 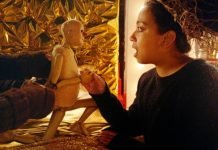 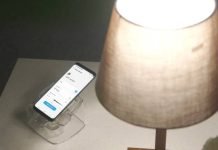 Decorate Your Galaxy S21+ in Sustainable Style with Samsung and Kvadrat’s...