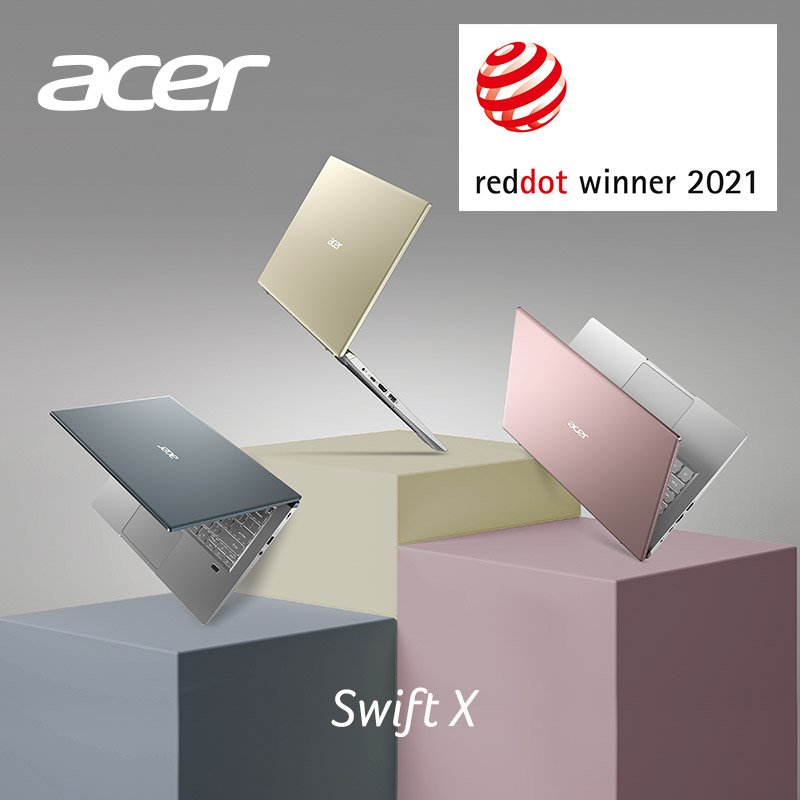 The newest member of the popular thin and light Swift series, Swift X is powered by up to AMD Ryzen 7 5800U processor and NVIDIA GeForce RTX 3050 Ti with 3rd Generation Max-Q technology to fulfil all users’ task, content creation and casual entertainment needs anywhere. Its up to 16GB onboard LPDDR4X RAM and 512GB PCIe NVMe SSD provides responsive access for files and applications. 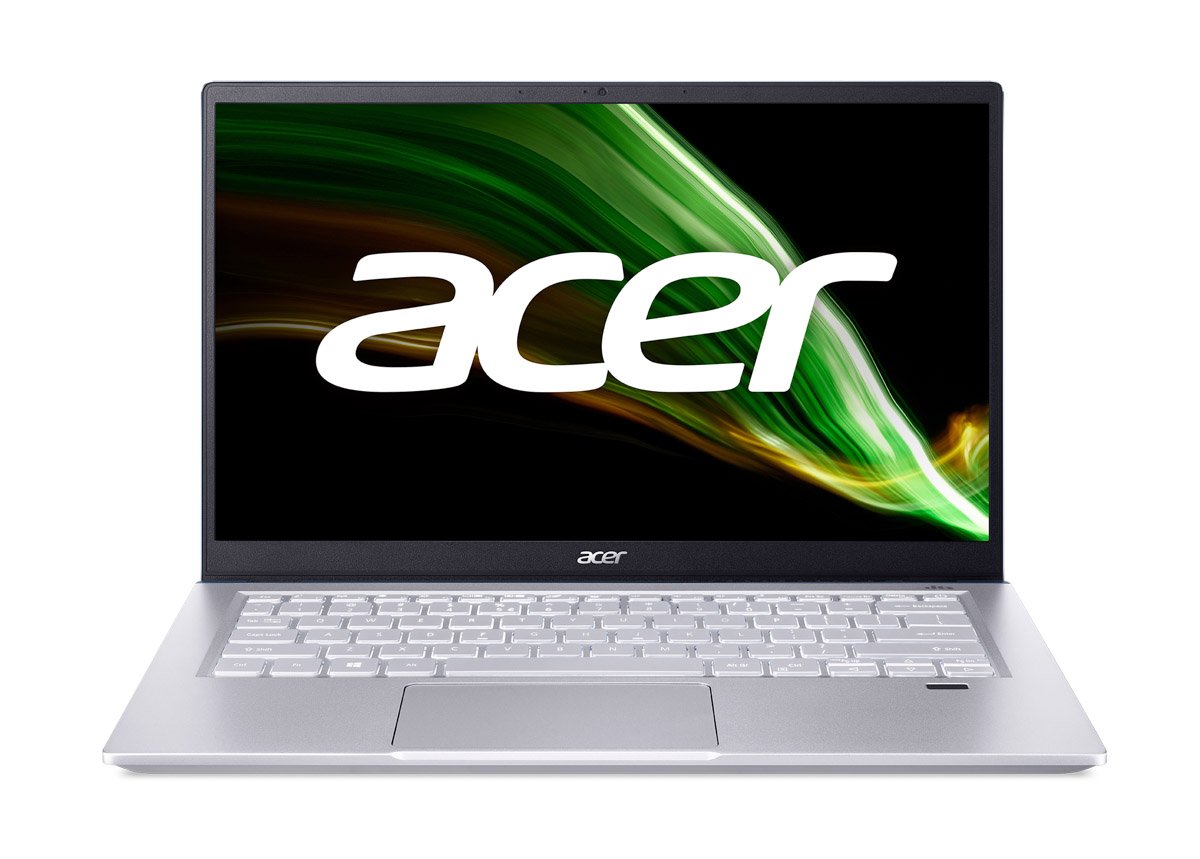 Featuring a 14-inch FHD IPS display with 85.7% screen-to-body ratio, Swift X enables users to edit photos or videos just right thanks to the up to 300nits brightness and sRGB 100% color gamut. It also comes with Acer BlueLightShield technology to help lessen eye strain during long editing sessions and a fingerprint sensor for more secure sign-in through Windows Hello. 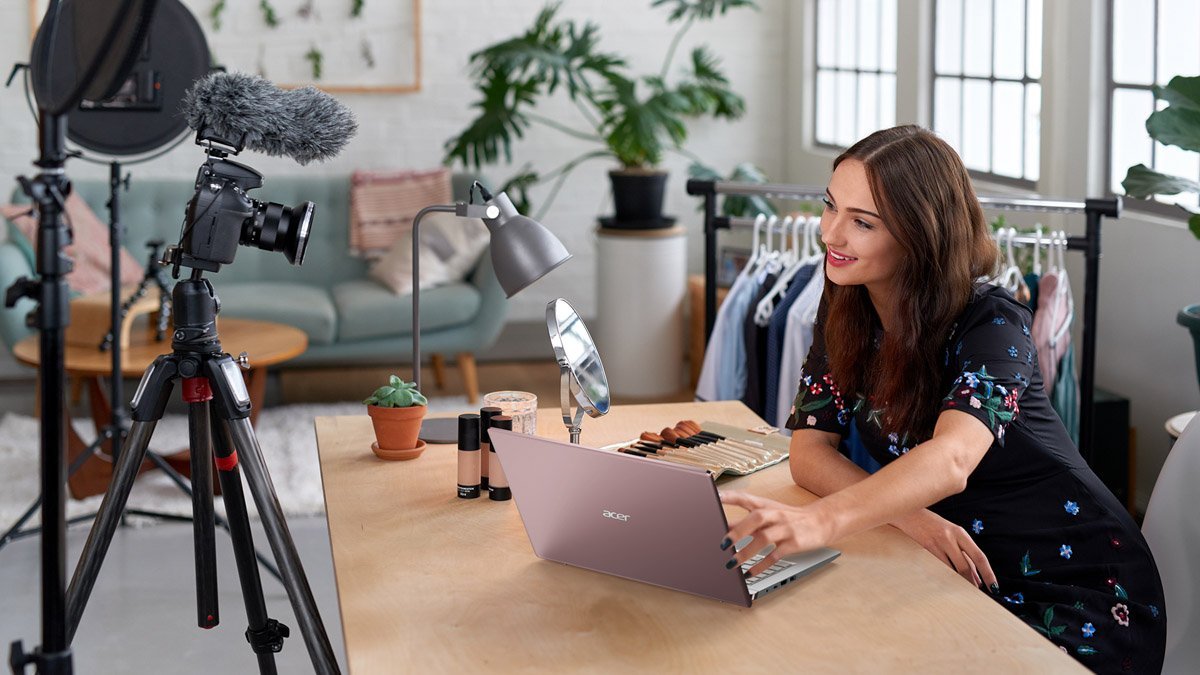 The Acer Swift X packs all the performance a 1.79cm thin chassis and weighs just 1.39kg. It comes with a fast-charging 59W battery and offers up to 17 hours of use1. To keep the system running cool over long periods, Acer Swift X has an air inlet keyboard design to enhance its thermal performance and expel around 8-10% more heat than usual keyboards.

1 Listed battery life is based on MobileMark 2014® productivity mode testing with wireless on. A battery’s maximum capacity decreases with time and use. 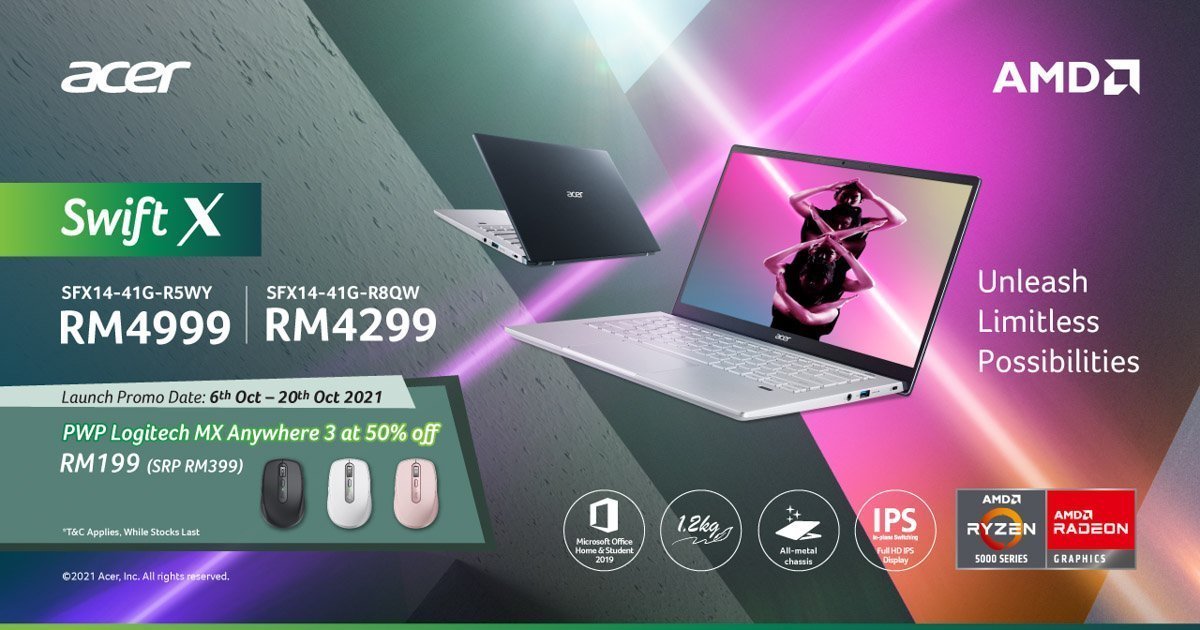 The Acer Swift X comes with two variants – AMD Ryzen 7 and AMD Ryzen 5 retail for RM4,999 and RM4,299 respectively. To celebrate the arrival, any purchase of Acer Swift X from 6 October until 20 October 2021at Acer Shopee Flagship Store and Acer eStore will be entitled to purchase a Logitech MX Anywhere 3 mouse for 50% off, at RM199. And it be available at all Acer official online stores and Acer authorized resellers nationwide beginning 15 October 2021. 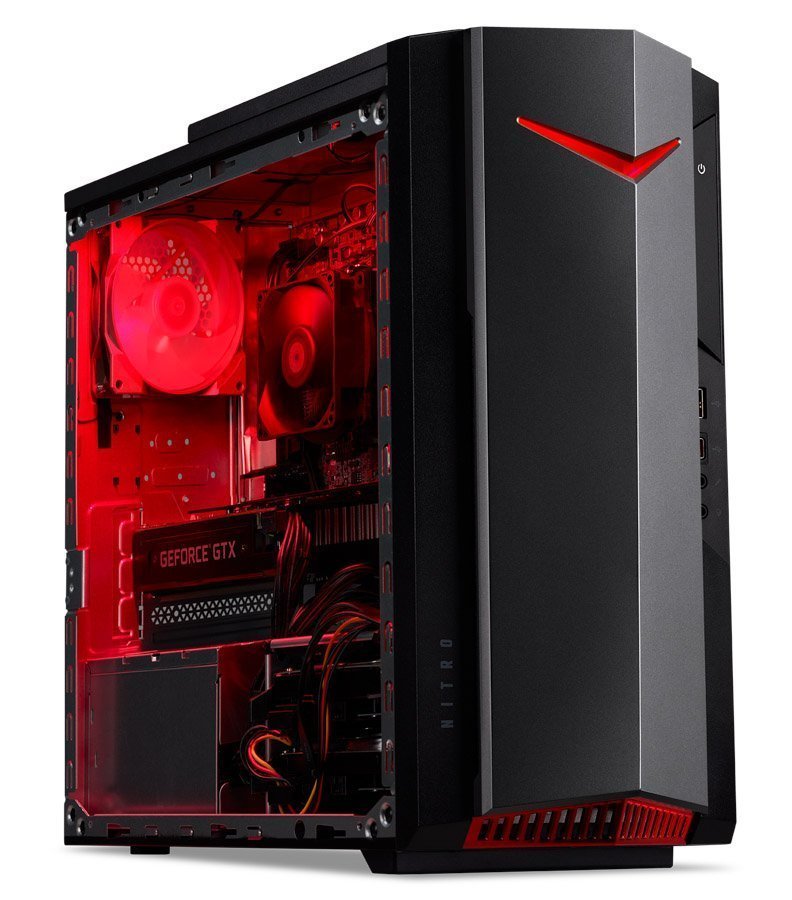 In the meantime, the Acer Nitro 50 also now comes with the option of AMD Ryzen 7 and AMD Ryzen 5 with up to NVIDIA GeForce RTX 3060 Ti for gamers who seek better experience for gaming or users with graphic-intensive tasks such as content creation and video editing. With 8GB DDR4 RAM and 1TB M.2 PCIe NVMe SSD, Nitro 50 allows gamers to upgrade the storage and RAM capacity through its additional slots. 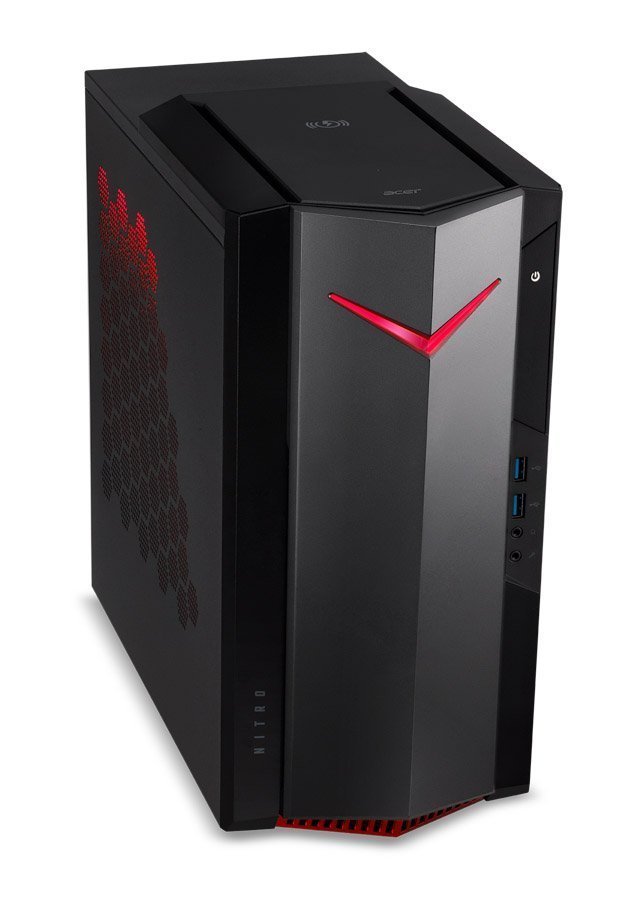 Coming with 3 years onsite warranty, Acer Nitro 50 with AMD processor will be available at all Acer official and authorized reseller stores nationwide starting from 10 October 2021, in three variants:

Customers who purchase Acer Nitro 50 with AMD Ryzen 5000 series processors through Acer eStore or Acer Flagship Store on Shopee on 10 October 2021 will be entitled to receive gifts worth up to RM278, which include a Predator Galea 311 gaming headset and a Predator Gaming Urban Backpack.

Table 1: The details of promotion period and participating stores are as follows: 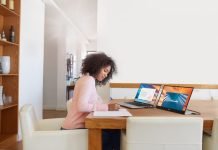 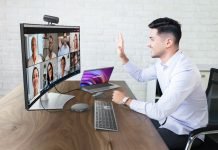 A Tablet for All Careers: Empowering Interesting Jobs with the Samsung...

LG FOCUSES ON GAMING AT IFA WITH NEW ULTRAGEAR™ MONITORS

Do More of What Matters to You with the Right Laptop