An 83% increase in app distribution and a 33% growth in monthly active users marks a year of rapid growth for Huawei’s app ecosystem.

120,000 apps integrated with HMS Core are now available on AppGallery, a year-on-year increase of 118%.

1 March 2021 –  AppGallery, one of the top three app marketplaces globally, has seen several milestones in its ongoing development – one year on from revealing plans to expand its mobile ecosystem during the MWC in 2020. The platform now has 2.3 million registered developers, a 77% increase from last year, and a diverse global audience of 530 million MAU, demonstrating its growing influence on developers and mobile users around the world.

The platform also saw app distribution reach 384.4 billion in 2020, 174 billion more than the previous year. Gaming is at the forefront of this expansion, with over 500% more games now available on the platform compared to a year ago. Huawei customers are amongst some of the first to experience innovative new gameplay across the world, with launches from the past year including AFK Arena, Asphalt 9: Legends, Clash of Kings and many more.

The new figures come one year on from Richard Yu, CEO of Huawei Consumer Business, unveiling Huawei’s vision to be make AppGallery an open, innovative app distribution platform that is accessible to consumers around the world. Mr. Zhang Zhe, Director of Global Partnerships & Eco-Development Business Development at Huawei Consumer Business Group, said the numbers are proof of AppGallery’s ongoing progress as a truly global app marketplace: “At the end of 2019, there were 25 countries around world which had over a million AppGallery users. That number has now grown to 42 and we continue to see strong growth across markets in Europe, Latin America, Asia Pacific, Middle East, and Africa.”

“It’s not just about quantity, and the fact that the number of apps integrated with HMS Core has more than doubled in one year shows that more developers are looking to Huawei’s on-device capabilities to drive innovation and provide better and more unique user experiences,” Said Mr. Zhang.

AppGallery has concentrated its efforts in working with developers on both a local and global scale to bring the most relevant apps to users, helping boost the number of developers working with the platform and delivering more choices to consumers around the world.

Developers are increasingly looking to AppGallery to penetrate local audiences as well as tapping into AppGallery’s growing global audience. In turn, AppGallery can provide its diverse customer base with most relevant apps. Throughout the last year, AppGallery has seen global applications from the likes of HereWeGo and Volt in the transportation industry, LINE and Viber in the communications sector and other popular apps such as Booking.com, Deezer and Qwant onboard to its growing platform.

As part of this strategy, Huawei is also leveraging its expertise in China to help developers around the world tap into the country’s lucrative app market. Considered a ‘mobile-first’ society, China is home to over 904 million mobile internet users with an estimated app download figure of over 100 billion, and AppGallery has helped over thousand overseas developers to penetrate the growing mobile economy in China in the last 12 months.

Apps such as PicsArt have been among the first to benefit from Huawei’s position in China’s mobile market; now boasting of over 300 million downloads in Mainland China. FaceTune 2 and Mondly have seen similar successes, receiving 2.2 million and 350,000 downloads respectively.

About AppGallery – One of the Top 3 App Marketplaces Globally

AppGallery is a smart and innovative ecosystem that allows developers to create unique experiences for consumers.  The unique HMS Core allows apps to be integrated across different devices, delivering more convenience and a smoother experience – and this is part of Huawei’s wider “1+8+N” strategy.

AppGallery’s vision is to make it an open, innovative app distribution platform that is accessible to consumers, and at the same time, strictly protect users’ privacy and security while providing them with a unique and smart experience. Being one of the top three app marketplaces globally, AppGallery offers a wide variety of global and local Apps across 18 categories including navigation & transport, news, social media, and more. AppGallery is available in more than 170 countries and regions with over 530 million monthly active users globally. Huawei has partnered with 2.3 million developers across the globe, and the total app distribution from AppGallery have reached 384.4 billion times within 2020. 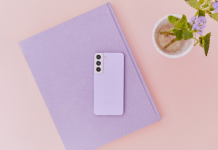 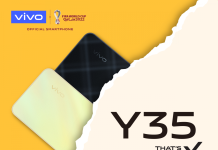 [Interview] How the Galaxy Buds2 Were Developed With Charli XCX and...

realme GT 2 Pro is Recognized in World’s First Batch of...