In April 2021, Alienware started a new chapter by releasing its first AMD-powered laptops in over a decade. One year later and the momentum shows no signs of slowing, as Alienware compounds its offerings with the launch of three new machines, powered by AMD Ryzen.

New to the mix is a processor and liquid cooling update to the Alienware Aurora R14 Ryzen Edition, which is the first OEM desktop to market with AMD Ryzen 7 5800X3D processors (Vermeer X), transforming the most power-hungry games into light work. First unveiled at CES, the anticipated Alienware m15 R7 and Alienware m17 R5 both inherit their long-reserved seats at the table. And for entry-level and casual gamers on a budget, the new Dell G15 – also with AMD Ryzen – could be a match made in heaven.

Pricing and availability for the Alienware Aurora R14 Ryzen Edition, Alienware m15 R7, Alienware m15 R5 and Dell G15 (5525), will be announced soon.
See below for a more detailed breakdown of each product. For spec sheets and product imagery, please access the press kit here.

The Ryzen Edition R14 is the ultimate collaboration with AMD designed from the inside-out, with optimised airflow and Legend 2.0 to deliver the highest multi-threaded performance in an Alienware desktop.

This beast offers up to an AMD Ryzen 7 5800X3D processor and introduces AMD 3D V-Cache technology for a better frame rate across all major triple-A games. The Aurora R14 offers a new advanced liquid cooler option which provides 42% improvement in thermal resistance over the standard liquid cooler.

This laptop delivers an impressive front of screen gaming display and maximum performance while signaling the iconic Alienware brand in a new industrial design.

Play the most demanding games with the highest wattage on an Alienware 15-inch laptop at 170W thermal design power (TDP) kept cool thanks to an updated Cryo-tech architecture. The newly developed thermal technology has more, thinner and wider fan blades than the m15 R5 or R6, delivering 1.3x more airflow. Take the visual and audio experience to the next level with both Dolby Vision and Dolby Atmos.

Become more immersed in video games on the go with the massive 17-inch display with up to a UHD resolution. Take the visual and audio experience to the next level with both Dolby Vision and Dolby Atmos.

Ideal for beginning and casual gamers, the Dell G15 gaming laptop is a fierce gaming laptop inside and out that features powerful graphics in a robust design at a great value.

The G15 is mobile gaming-inspired with a choice of Dark Shadow Grey, Spectro Green and Phantom Grey colour way (availability for Malaysia to be announced). 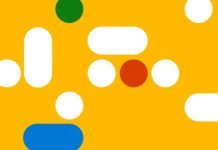 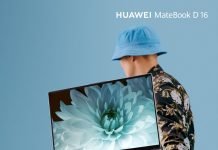 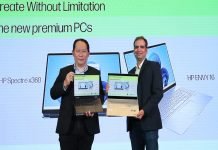 Microsoft takes Startups in Asia from Idea to Unicorn with new...