Malaysia, 17 May, 2022 – Garena announced today as a follow-up to the initial launch of the “Free Fire Untuk Semua” campaign last month that their self-developed game Free Fire would be doing yet another local celebrity collaboration, this time with teenage heartthrob Ismail Izzani! This tie-up is centred around encouraging players to pursue their passion and hobbies, and will last from 17 May – 3 June 2022.

Last month, the mobile game collaborated with beloved celebrity Zizan Razak as part of the same campaign, which aims to bring players together with one shared passion – their love for Free Fire. This series of collaborations is part of Garena’s efforts to create localised content for Free Fire’s community in Malaysia.

Light the World on Fire With Ismail Izzani and Free Fire!

Under the umbrella campaign “Free Fire Untuk Semua”, which will run until August, the renowned mobile game sees a new collaboration this month with local singer Ismail Izzani, who made his mark in the industry at 17 years old with the release of his hit single “Sabar”.

This second wave of events, aptly named “Free Fire Untuk Semua Hobi” (“Free Fire For All Hobbies” in English), focuses on empowering players’ hobbies through different means, with Free Fire being the shared passion that drives them. As part of the 5-month long campaign, and in conjunction with the upcoming Free Fire World Series (FFWS) 2022 Sentosa, the game’s global offline tournament, Malaysian fans can look forward to a collaboration song and music video from Ismail Izzani, titled “Light of the World”.

In light of the campaign, collaborating celebrity singer Ismail Izzani said, “I’m excited to be part of the huge Free Fire Untuk Semua campaign, alongside other local celebrities. As a musician, the message of empowering different hobbies with one shared passion really speaks to me. I hope that my music can inspire others, just like how Free Fire continues to inspire communities globally, and I look forward to seeing how players and fans interact with each other in this campaign.”

The first “Light of the World” teaser drops tomorrow at 8:30PM

The song, as teased very briefly by Ismail Izzani in his campaign announcement video, is made up of beats using sound effects from Free Fire, from footsteps to the iconic safe zone alarm. The lyrics also tie in with the FFWS 2022 Sentosa thematically, featuring the tournament’s tagline “Heroes Arise” in its chorus. Check out the song’s teaser, releasing tomorrow at 8:30PM on Free Fire Malaysia’s official Facebook and YouTube.

The full song will be available on Garena Free Fire’s Spotify channel on Friday 20 May 2022.

Celebrate all hobbies together in the Adventure For All event

Continuing from the first iteration of the campaign which featured “All Ages”, the Adventure For All web event continues campaign activities from 17 May – 3 June, opening up a new segment called “All Hobbies”.

The Adventure For All web event user interface

Similar to the previous event, the “All Hobbies” event showcases collaboration contents, with a music video quiz and event schedule for upcoming releases. A new minigame, called ”Guess the Hobbies” will also allow Free Fire players, known as Survivors, to win a Blue Ace banner along with Untuk Semua tokens, which can be used to spin the wheel for even more prizes. Some notable prizes are the Anchor Waves sports car skin, along with Untuk Semua and collaboration themed merchandise, including a signed postcard by Ismail Izzani. 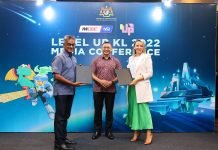 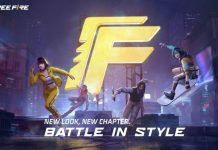 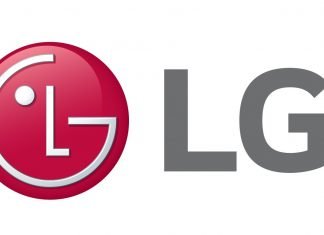