To be Sold in RACING PULSE, the Flagship New York Watch Auction, on 12 December 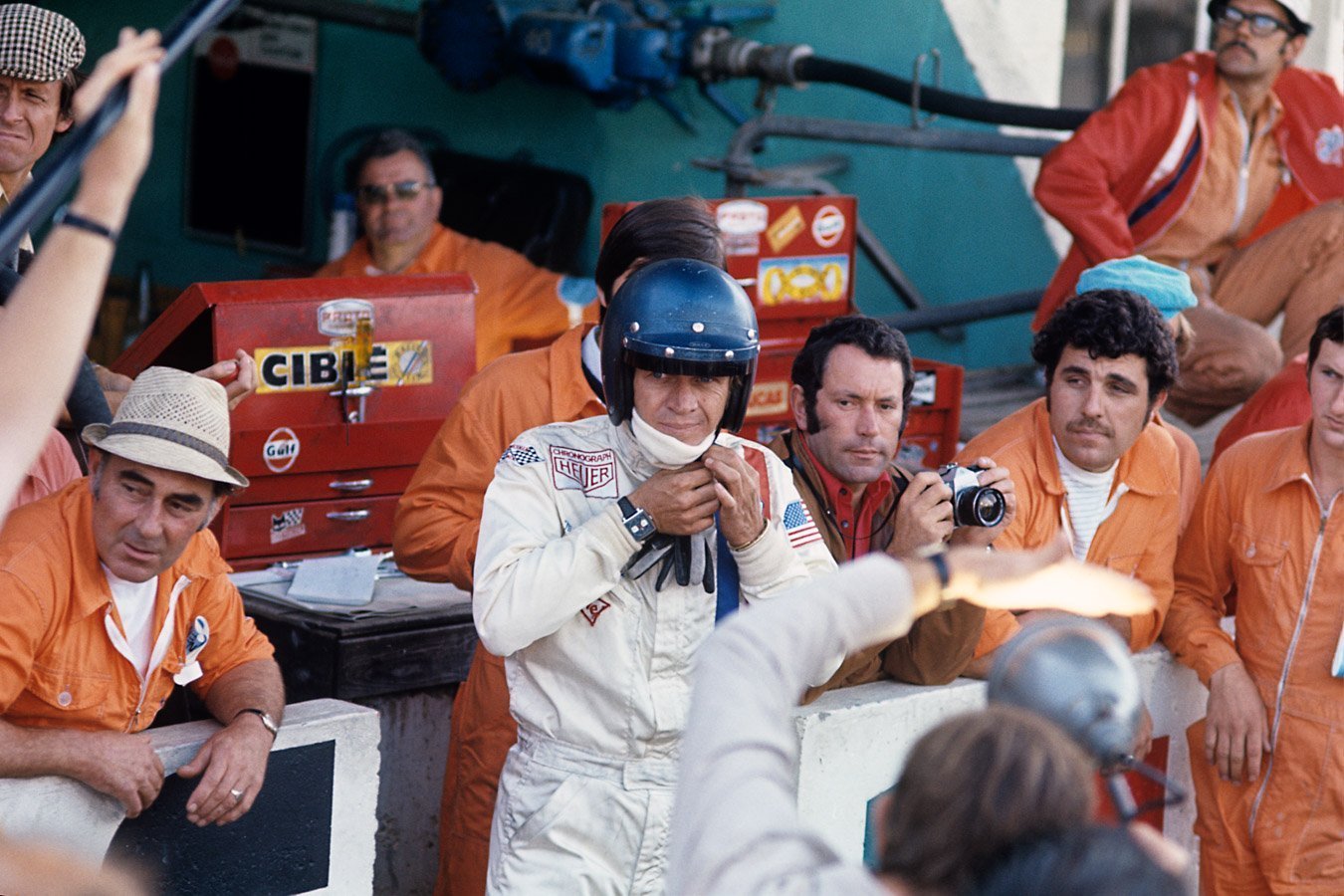 NEW YORK – 29 OCTOBER 2020 – On Saturday, 12 December, Phillips in Association with Bacs & Russo will offer a Heuer Monaco worn by Steve McQueen while filming his iconic racing film, Le Mans. As the last of two known Monaco wristwatches kept and gifted by Steve McQueen to be offered publicly, it presents a spectacular opportunity to own one of the most celebrated wristwatches of the 20th century. The watch was gifted to the film’s Chief Mechanic and McQueen’s personal mechanic, Haig Alltounian, by Steve McQueen at the end of filming. Consigned directly by Alltounian, the watch’s case back features the engraving “TO HAIG Le MANS 1970”, dedicated to him by McQueen. The watch will be a highlight of Phillips’ flagship New York Watch Auction, RACING PULSE. 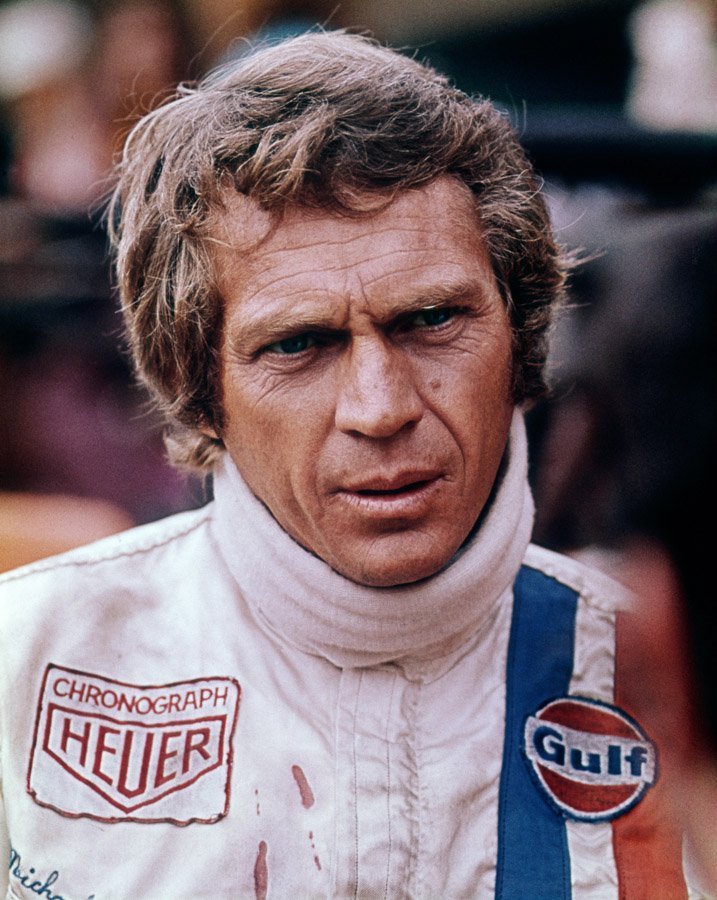 Paul Boutros, Head of Phillips Watches, Americas, said, “The Heuer Monaco will always be associated with the glamor and thrill of auto racing. We are honored to offer this historic Heuer Monaco, worn by Steve McQueen and gifted to Haig Alltounian in 1970 during the filming of Le Mans, on behalf of Mr. Alltounian. Preserved in superb, original condition with its fascinating caseback engraving remaining perfectly crisp, it can certainly be considered as one of the most important Heuer wristwatches of all time. Worn on McQueen’s wrist while driving the film’s Porsche 917 at speeds above 200 mph, its incredible provenance, wonderful state of preservation, and adrenaline-fuelled history make it an ultimate trophy watch for the connoisseur.” 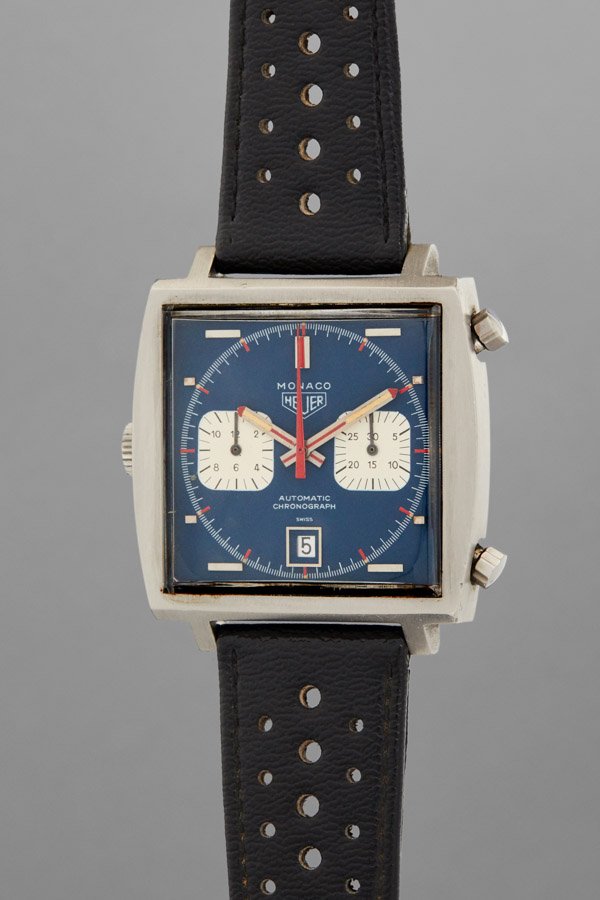 Introduced in 1969, Heuer’s Monaco was a game-changer. It was one of the world’s first self-winding chronograph wristwatches, featuring the Calibre 11, housed inside the world’s first waterproof square-shaped case. Today, the Monaco reference 1133 is an icon amongst chronograph aficionados. Designed by Jack Heuer, the watch was named for the famed Formula One racetrack and was chosen by Steve McQueen as the chronograph of choice when filming began on Le Mans in 1970. 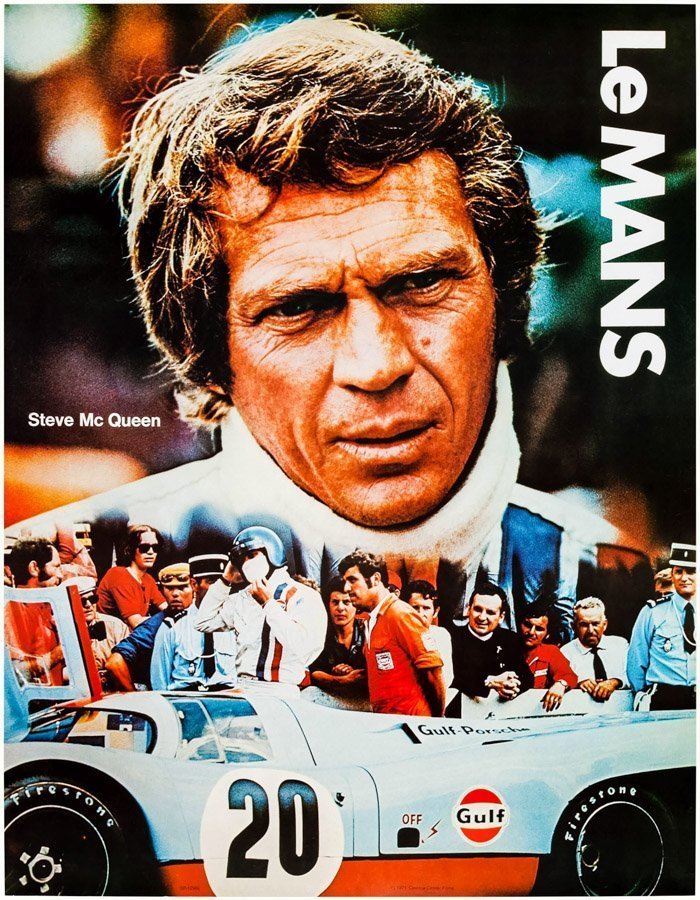 Le Mans was McQueen’s tribute to a sport that pitted men, mechanics, speed, and endurance against each other for a thrilling ride, putting viewers in the driver’s seat. Today, the movie is a classic remembered for its groundbreaking racing scenes, and while McQueen and his fellow cast members were the public faces of the film, the technical staff and cars, like Michael Delaney’s Porsche 917, also played integral roles. Perhaps the most important member amongst the behind-the-scenes crew was the Chief Mechanic for Le Mans, Haig Alltounian, seen in an original movie poster standing directly behind McQueen. McQueen so greatly appreciated Alltounian for the critical role he played keeping him and everyone on the set safe, that on the final day of filming, the actor gifted him one of the Heuer Monaco chronograph wristwatches used during filming. As told by Alltounian in the 2015 documentary, Steve McQueen: The Man & Le Mans, when McQueen handed Haig the watch, he said “thank you for keeping me alive all these months.” While Haig refused to accept it, and suggested McQueen give it to his wife or son, McQueen told him he couldn’t as it already had Haig’s name on it, referencing the case back inscription, “To Haig Le Mans 1970”. This same watch was worn by Steve McQueen driving the Porsche 917 at speeds above 200 mph through the Mulsanne Straight of the Le Mans racing circuit.

Haig Alltounian’s career spanned more than three decades in motorsports as a professional driver, designer, and mechanic. Today he is enjoying retirement while still restoring and repairing vintage and classic motorcycles at his workshop, specializing in Vincent Motorcycles since 1988. He participated in the formative years of American racing, working with motorsport legends such as Carroll Shelby, Dan Gurney, and Bruce McLaren. In addition to his work on Le Mans, he consulted on the 1964 thriller The Killers and the 1969 racing movie Winning with Paul Newman and Joanne Woodward. Over the years, he worked with some of the biggest names in racing from Ken Miles, Derek Bell and Jo Siffert, but Le Mans remains particularly close to his heart, for the friendship he developed with Steve McQueen. In addition to the Monaco, McQueen also gave Haig a Norton Commando motorcycle used during the filming following Le Mans – another illustration of McQueen’s generosity – which he still owns today.