From expanded customization options to intuitive multitasking and productivity features, the latest update will allow even more users to enhance how they interact with everyday life.

Committed to creating mobile innovations that not only surpass expectations of what’s possible but bring those innovations to as many people as possible, Samsung expands the latest One UI 4.1.1 from Galaxy Z Fold4 and Galaxy Z Flip4 and One UI Watch4.5 for the Galaxy Watch5 series to previous generations of Galaxy foldables and smartwatches.

Read on to learn more about the new features Galaxy users can look forward to with One UI 4.1.1 and One UI Watch4.5.

Also, hear what these customers have to say about the Galaxy Z series: 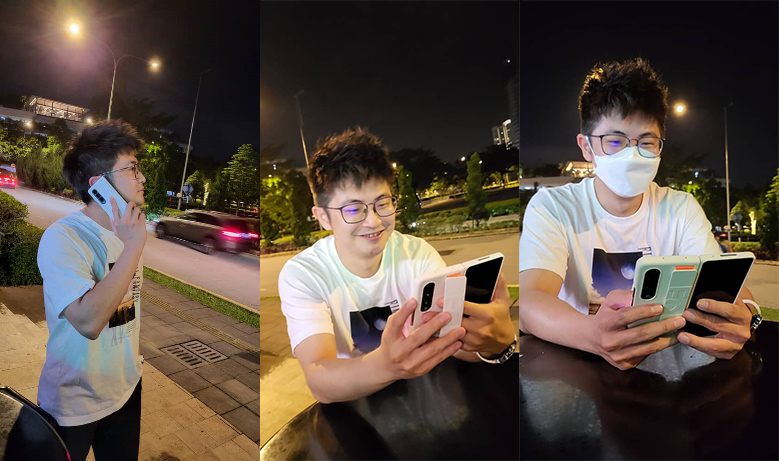 “I’m amazed with the features on my Galaxy Z Fold4, especially the bigger screen. It has made it more enjoyable for me to play games. This is my first time using a foldable phone. The reason I purchased it was because I wanted to try something unique especially when compared with standard phones. The feature I love most is the multi-tasking function that enables me to complete a number of few tasks much faster, such as checking information while having video call with my colleague. Also, when I’m taking a photo of someone, the device lets them view the screen too, so they can see if the angle is good. It saves me a lot a time when I take photos of my other half!” 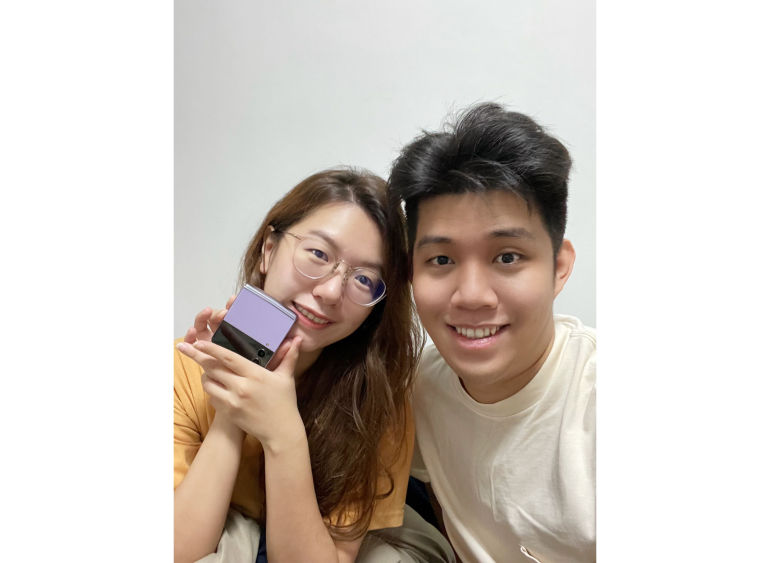 Ng Hui Ting, Works in IT

“My first impression of the Galaxy Z Flip4 is the eye-catching design and Bora Purple colour. It looks so chic when I see a celebrity using one in a drama series. My fiancé bought this device for me, as he knew I always wanted one and I am excited to be one of the first to own. With my Galaxy Z Flip4, I can multitask using my device and it’s really convenient for me to read an article and watch a drama at the same time. I love and enjoy the features, especially the front camera where I easily access it by double tapping it!

Galaxy Z series devices have changed what we can do with a smartphone, unlocking new levels of productivity and better ways to create. With One UI 4.1.1, new productivity and camera features are designed to make an already powerful devices more intuitive.

Get More From Your Taskbar

The Galaxy Z Fold series has always been about shapeshifting, with different ways to increase functionality, whether your device is opened or closed. With the new Taskbar[4], you can access and switch between apps faster than ever, providing a familiar PC-like layout that puts everything you need right at your fingertips.

With drag-and-drop support straight from the Taskbar, multitasking[5] on Galaxy Z Fold is easier than ever. Dragging an app to the edge now opens split view, while dragging it into the center will open it in pop-up view, giving you multiple ways to see your apps and easy switching between views.

Sometimes the best apps come in twos and threes. If there are apps you find yourself using together, you can now add pairs or groups of apps to the Taskbar, allowing you to access your favorite app pairs all at once.

Multitasking features are also more intuitive and easier to interact with now thanks to new gestures.[6] With simple swipe gestures, you can instantly switch full-screen apps to pop-up windows or split your screen in half for more ways to manage your tasks.

The Galaxy Z series offers a truly versatile photography experience, making the most of their flexible form factors. With Dual Preview, you and your subject can see the shot at the same time before it’s captured, by displaying the image both on the Main and Cover Screen. Now with full control of the camera right on the Cover Screen, you can take high-resolution selfies with the main camera using Rear Cam Selfie.

An upgrade to Quick Shot on the Galaxy Z Flip series now lets you see the preview and take photos in their true ratio on the Cover Screen, while allowing you to access Portrait Mode to make every moment photogenic. You can also switch seamlessly from Quick Shot to Flex mode[8] while taking photos or recording video, letting you switch between angles without interrupting your shot for a truly hands-free experience.

More Power to the Cover Screen[9]

One UI 4.1.1 brings all new functionalities to the Cover Screen on the Galaxy Z Flip series, letting you do more than ever without opening your phone. Make calls to your favorite contacts, dial back missed calls and even reply to texts with voice-to-text and emojis right from the Cover Screen. And you can now take more control over your device with additional Quick Setting options, including Wi-Fi, Bluetooth, airplane mode and flashlight.

More Watch Faces and More Ways to Customize Them

One UI Watch4.5 brings six new colorful and interactive watch faces and a palette of fresh new colors and dynamic complications to the Galaxy Watch4 series. It makes the series’ variety of distinct layout options even more diverse so users can match their unique lifestyles with the perfect type of display. Never lose track of your own watch faces thanks to the favorite watch face list, which helps you save your creations and access them quickly and easily.

One UI Watch4.5 makes communication on Galaxy Watch4 series smoother and more convenient than ever. Users have more choices over how they communicate right from their wrist with the addition of a QWERTY keyboard to existing voice recognition and handwriting features[10], helping users switch conveniently between different communication styles for different occasions.

In addition, beginning from the end of September, a new software update will enable Galaxy Watch3 and Galaxy Watch Active2 users also to enjoy some of the new features of Galaxy Watch5 series. It includes two new watch faces – Gradient number and Pro analog – to help users express their tastes and styles better, and snore detection to provide more analysis of last night’s sleep quality.

For more information about the latest promotions, visit:

For more information about the latest Galaxy devices, visit:

[1] Availability may vary by market, device or operator.

[2] Availability may vary by market, model, operator or the paired smartphone. The update will initially be available on Bluetooth versions and will roll out to LTE versions later. Requires the latest version of the Galaxy Wearable app and Galaxy Watch plug-in.

[3] Availability may vary by market, model, operator or the paired smartphone. The update will initially be available on Bluetooth versions and will roll out to LTE versions later. Requires the latest version of the Galaxy Wearable app and Galaxy Watch plug-in.

[4] Taskbar feature supported on the main screen only.

[6] Requires activation of Labs in Settings.

[10] The availability of QWERTY keyboard, Swipe to type, voice recognition and handwriting may vary depending on language.

A Doctor with Wanderlust takes his Galaxy Tab S8 Ultra as...