As the newest member of Xiaomi’s Cyber series, joining last year’s quadruped robot Cyberdog, CyberOne is fitted with advanced arms and legs, supports bipedal-motion posture balancing, and reaches a peak torque of up to 300Nm. Also demonstrated was the ability to detect human emotion, advanced vision capabilities, and functionality allowing it to create three-dimensional virtual reconstructions of the real world, alongside a host of other advanced technologies.

“With AI at its core and a full-size humanoid frame as its vessel, this is an exploration of possibilities of Xiaomi’s future technological ecosystem and a new breakthrough for the company.”

CyberOne is a humanoid robot measuring 177cm in height and 52kg by weight, with an arm span of 168cm. Compared to a quadruped robot, this humanoid robot is more mechanically complex, requiring more powerful motors, more degrees of freedom, and complex humanoid biped control algorithms. CyberOne supports up to 21 degrees of freedom in motion and achieves a real-time response speed of 0.5ms for each degree of freedom, which allows it to fully simulate human movements.

A robot’s motion performance is dependent on the performance of each joint motor. The technological requirement for building such motors is extremely high as it is necessary to generate more kinetic energy without increasing the size of components. In order to ensure the flexibility of CyberOne’s upper limbs, Xiaomi has developed a high-efficiency motor weighing only 500g with a rated output torque of up to 30Nm for the upper limb joint motor. The hip joint motor is similarly capable of an instantaneous peak torque of up to 300Nm. Thanks to the self-developed humanoid bipedal control algorithm, CyberOne’s walking posture has been programmed to be both natural and stable. On top of that, CyberOne is capable of holding up to 1.5kg in weight with a single hand and programming by demonstration. Altogether, CyberOne is a humanoid robot with well-developed coordination and exceptional motion capabilities.

Humanoid robots rely on vision to process their surroundings. Equipped with a self-developed Mi-Sense depth vision module and combined with an AI interaction algorithm, CyberOne is capable of perceiving 3D space, as well as recognizing individuals, gestures, and expressions, allowing it to not only see but to process its environment. In order to communicate with the world, CyberOne is equipped with a self-developed MiAI environment semantics recognition engine and a MiAI vocal emotion identification engine, enabling it to recognize 85 types of environmental sounds and 45 classifications of human emotion. CyberOne is able to detect happiness, and even comfort the user in times of sadness. All of these features are integrated into CyberOne’s processing units, which are paired with a curved OLED module to display real-time interactive information.

Robotics is considered the “crown jewel of manufacturing” with humanoid robots being the ultimate goal for many across the industry. Compared with industrial robots that are valued for their specialized mechanical capabilities, the main challenge in building humanoid robots is to perfectly simulate human processes of perception, cognition, decision-making, and execution under various scenarios. Interestingly, a large number of new technologies that have emerged in the process of trying to solve this challenge have already been serving the general public in positive ways.

The development of CyberOne is a symbol of Xiaomi’s dedication to incubate a technological ecosystem centered in a single point, and connect it with the world in ways never seen before. Spanning from smartphones, wearable devices and smart homes, to smart manufacturing, smart electric vehicle and bionic robots, Xiaomi has been constantly exploring and extending its innovations in various scenarios so as to better connect people and the world, eventually building an ever-evolving Xiaomi Technology Ecosphere.

Lei Jun notes that humanoid bionic robots require the highest degree of technical integration and present the largest challenge in the field of intelligent robotics. Xiaomi is making its first steps in the field, and CyberOne is constantly adding new capabilities. “We think that intelligent robots will definitely be a part of people’s lives in the future,” said Lei Jun.

CyberOne’s research and development process combined cutting-edge technologies from a variety of sectors, including bionic perception and cognition, biomechatronics, artificial intelligence, big data and cloud computing, and visual navigation. These technological breakthroughs are also expected to give birth to more application scenarios in other fields, such as industrial robots with improved mechanical performance, companion robots with emotion recognition, and public service robots powered by big data and cloud computing. CyberOne’s technology will also be applied to more and more Xiaomi products in the future. 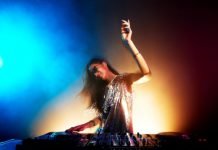 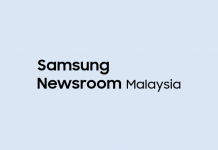 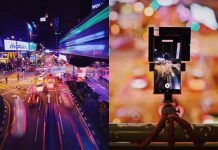 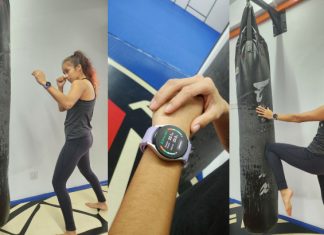 Get Instant Rebate When You Buy HUAWEI FreeBuds Pro Or HUAWEI...