Today’s consumers are looking for TVs that can fully integrate into their individual lifestyles, whatever they may be. For this reason, Samsung has introduced ‘The Sero’, which provides whole new ways for users to interact with their TV.

The Sero – named for the Korean word for ‘vertical’ – has the ability to pivot between horizontal and vertical orientations just as a user might handle their smartphone or tablet. Geared toward younger users with an interest in viewing experiences such as the ones found on their mobile devices, The Sero is optimized for social media content, streaming services and gaming, for example, all wrapped up with an eye-catching design and innovative user experience formulated after extensive consumer research.

To learn more about the product, Samsung Newsroom sat down with Hayeon Kil, Chris Jo and Dong-wook Han from the TV Product Planning Group in the Visual Display Division at Samsung Electronics who spearheaded the process of bringing this innovative product to users around the world. 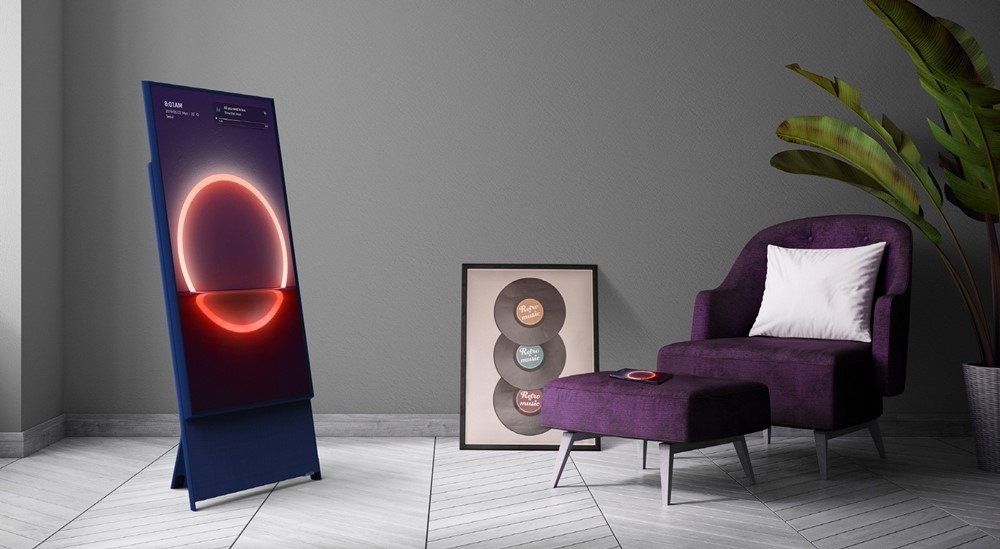 Traditional visual content, such as photos and videos, are for the most part generated in horizontal formats. However, in recent years, users have become accustomed to enjoying social media or gaming content on their smartphones with a vertical orientation, as well as taking part in the growing trend of vertical-orientation music videos and concert footage.

During their extensive research, The Sero product planning team took note of these media consumption trends. “The trend we observed the most during our consumer surveys was that a variety of devices, from TVs and PCs to tablets and smartphones, are being used nowadays for media consumption, and furthermore that more people are using streaming video services as opposed to conventional media sources,” explains Hayeon Kil of the product planning process. “Therefore, we wanted to improve this content experience by moving it to a bigger screen.” 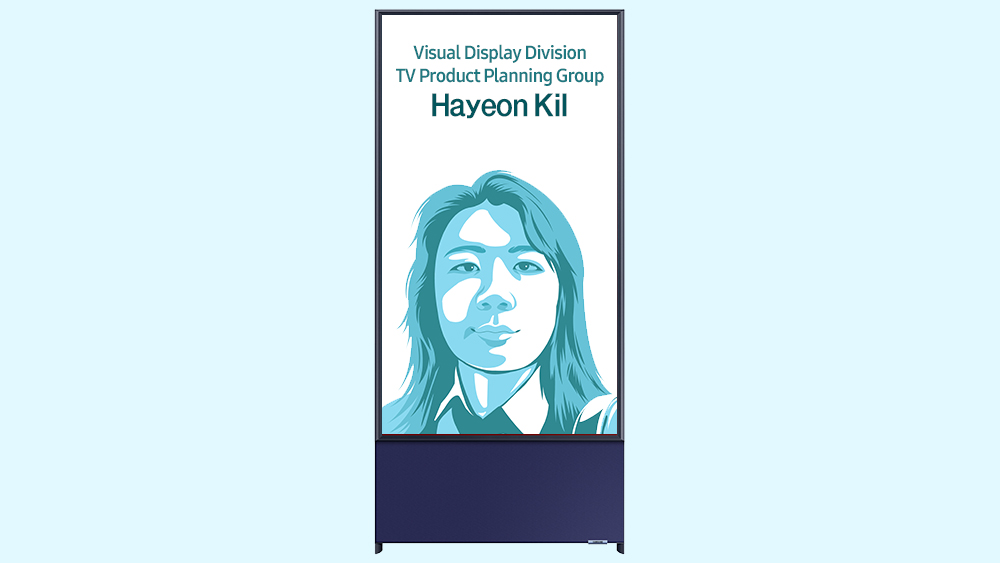 Samsung’s The Sero is the first TV equipped with an automated rotating display that can switch between horizontal or vertical orientation in accordance with the content being displayed just like a smartphone can. As it is the first of its kind, The Sero is setting new standards in all areas of its formation, from hardware to software and beyond.

“We worked hard to design and define a new user experience direction specific to The Sero,” noted Dong-wook Han. “The whole process was a challenge as we had to deal with a series of questions including how to go about designing the mobile-like viewing experience, how to best display and allow access to content and how to lay out the remote control, but we were careful to take care of each major decision one by one and verify each feature through extensive testing. Thanks to the cooperation of our colleagues and other teams, we were able to make this happen.”

One of the outstanding features of The Sero is its smartphone mirroring capability. The R&D team worked extensively to realize this technology without any setbacks. Just by tapping their smartphone anywhere on The Sero’s screen, users can begin automatic mirroring thanks to a feature called Tap View. They can then enjoy such mirroring perks as viewing their portrait-orientation videos in high definition or seeing themselves on a bigger screen after taking a selfie with their smartphone’s camera. 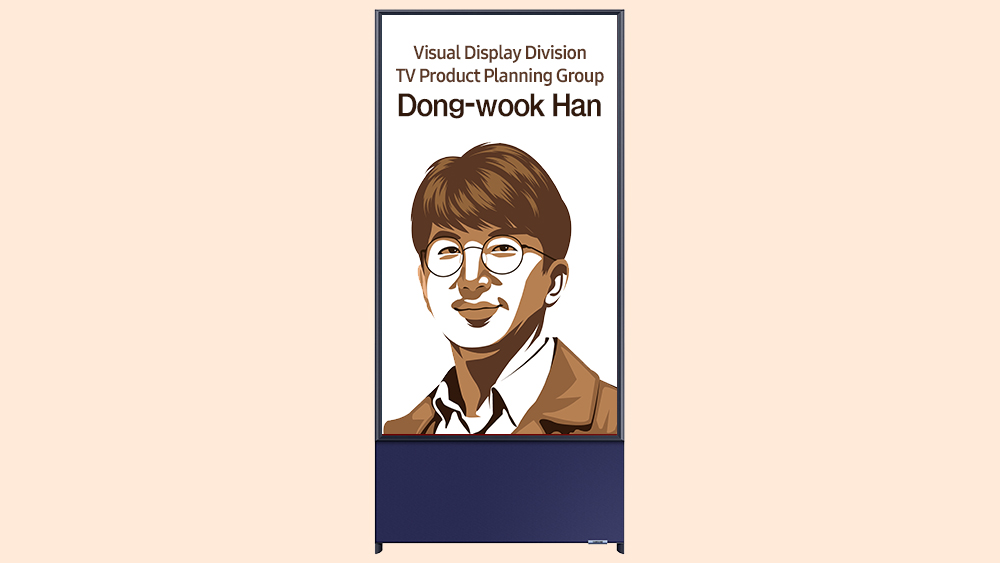 What makes The Sero exceptional is how it can seamlessly turn to match your smartphone’s orientation when mirroring content. “The Sero will display your mobile content in all its colorful glory on its screen, as well as doing the same for TV content,” explained Han. “Whilst mirroring their smartphone, users can enjoy a clear picture quality on The Sero supported by machine learning-based AI upscaling technology.”

Unlike other TVs, The Sero’s speakers are located under its vertical stand. Its woofer speaker is supported by a passive radiator to offer more resonance and deeper, richer bass sounds. “When playing videos, games and music, The Sero’s speakers provide a vivid and clear sound because they are positioned to face front and deliver sound directly to listeners,” explained Chris Jo. “While other TVs feature sound powered by Bluetooth, The Sero’s sound mirroring has a 4.1 channel configuration and a powerful 60W output. We have observed that over four times the number of consumers are making use of this superb sound mirroring than they are of similar features available on other TVs.” 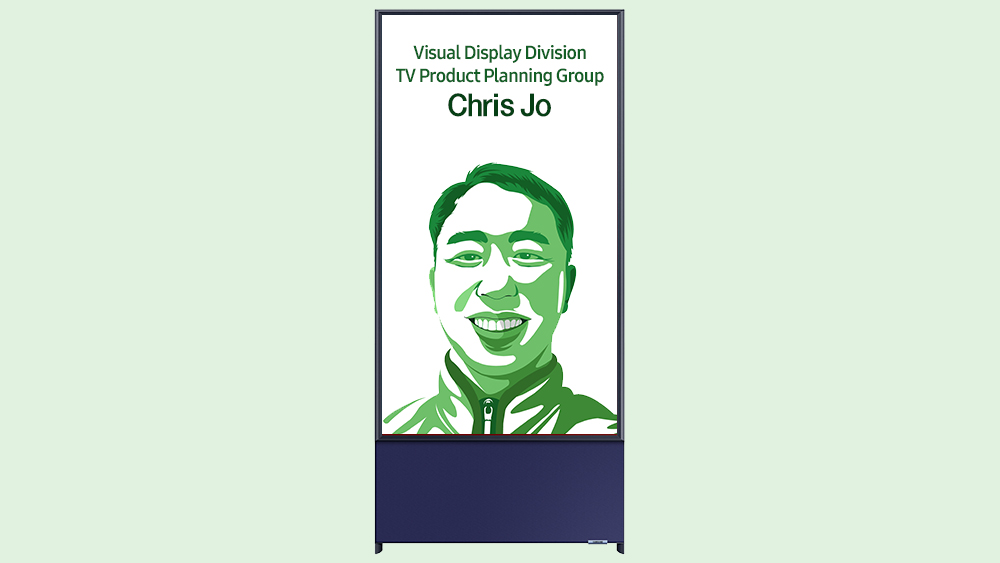 Ready to Match Any Interior and Any Lifestyle

The Sero boasts a modern design that stands out in any space and offers a range of different standby display features for when it is not in use. By enabling Portrait Mode, users are able to display various clock effects or choose from a selection of cinematographic content when the TV is turned off.

The Sero has designed to serve not just as a TV, but also as a lifestyle object, just like the frames or posters people have all over their homes. “According to the consumer research we undertook after the initial launch, seven out of ten users are making use of the Portrait Mode,” said Kil. “Aside from making use of the content that comes with Portrait Mode, some users are engaging in creative uses of the feature by configuring their device’s standby mode to present their own pictures. We think that users are really enjoying using the vertical screen configuration as a method of showcasing their own content.”

The Sero is a stand-alone product, unlike other TVs that require being mounted on a wall or placed on a stand. Every aspect was taken into account during the design process, from how The Sero looks when at both vertical and horizontal orientations to how the sides work when it rotates – even its minimalist rear design. This is why wherever it may stand, The Sero can work well with any home décor, just like a piece of furniture. 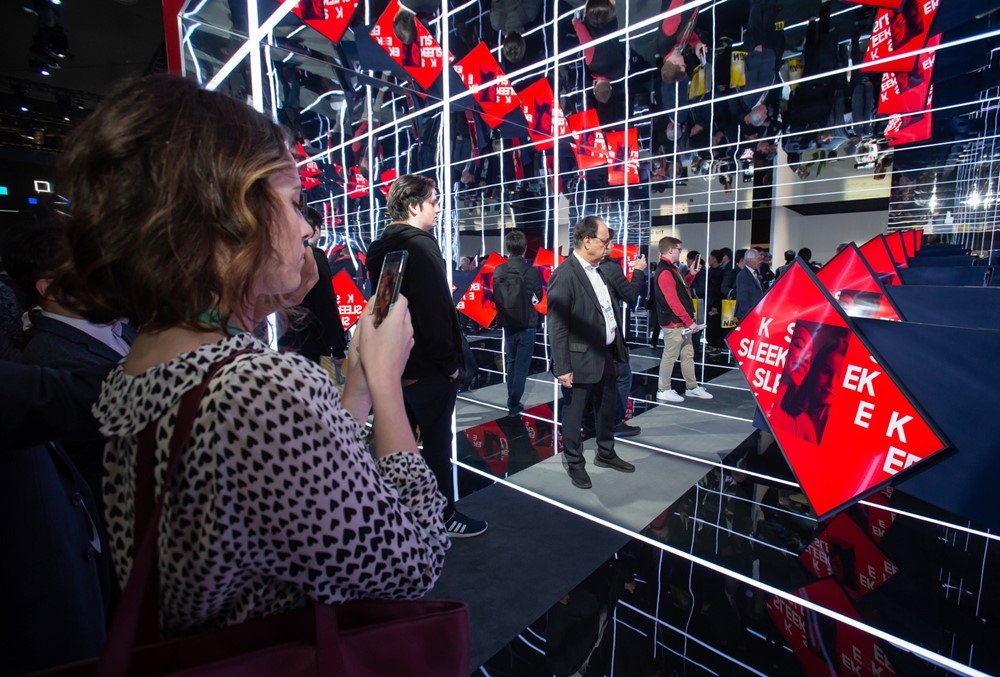 After its successful debut in Korea last year, The Sero will soon launch in other markets around the world. At CES 2020 this January, the Samsung booth was crowded with visitors who wanted to experience The Sero first-hand. “We aim to continuously develop the user experience of our TVs as people increasingly look to use their devices in scenarios that they cannot execute with conventional TVs,” said Han. “Our goal is to inspire users with lifestyle TVs that can meet their every need.”

The team is ready to put in even more effort to expand the possibilities of the vertical display. “To sum up The Sero in one phrase, it is a blank slate that comes in a range of attractive colors,” said Jo. “In the future, we will look to diversify the size, the shape, the installation process and the mobility of The Sero while constantly evolving it to be more connected to mobile by a growing number of app services. We will continue with our efforts to develop what is next for the TV industry.” 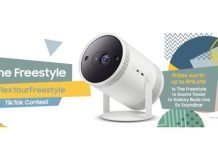 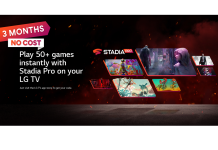 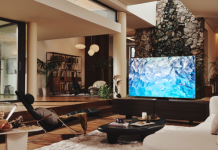