The HUAWEI Mate Series started its journey in 2013 and has since won many hearts with its cutting-edge technology, satisfying consumer demands for both entertainment and productivity.

Combining their love of life and technology, HUAWEI’s product design and R&D teams created products that are both beautiful and powerful. So, what does 10 years of industry-leading mobile innovation look like? For the Mate series – HUAWEI flagship range, it takes the form of smartphone displays that redefine immersion, enabling users to do more than ever before.

Let’s embark on this voyage and learn about the evolution and growth of the outstanding Mate Series in brief.

Known as the “smartphone with the world’s largest screen” in 2013, The HUAWEI Mate 1 is a beast of a smartphone with a full 6.1-inch HD display, the first phone screen ever to cross the 6.0-inch barrier during the period. Aside from being enormous, it has some other terrific features: a massive 4,100 mAh battery, unleashing the greater potential for the next generation of mobile users. Similar to the first generation Mate series, the Ascend Mate 2 debuted with a beautiful display, sturdy build quality and exceptional battery life that is able to perform admirably through regular everyday usage.

A great fingerprint reader is the main portion of what turns out to be a great package in the Mate 7 model. As the world’s first smartphone with a Touch fingerprint sensor, the scanner adds an element to an otherwise minimalistic body. Even from the prone standby version, users can just hold a finger to the area for a second, and it will wake and unlock the device, making access so much easier.

Introduced with the world’s first smartphone with a 22.5W fast charge, the HUAWEI Mate 9 series was fitted with an entirely new battery charging technology called the ‘SuperCharge’, which was undoubtedly the change we’ve all been waiting for. With the lightning-fast charging feature, users can recharge the smartphones’ battery faster than ever before.

A new era of intelligent smartphones has dawned as HUAWEI opens the door to new AI mobile applications through the Mate 10 series. It was the first smartphone that came with an AI camera and TÜV Rheinland safety certificated SuperCharge. Not only does it include an AI Engine to fully leverage the Kirin 970, which is the world’s first AI processor for smartphones, but also has an easy projection feature to connect the device to a larger screen; providing you a unique desktop experience to be more productive with EMUI Desktop mode.

Announced in 2018, the HUAWEI Mate RS was brought in as the highest end HUAWEI flagship smartphone, boasting a unique design of aerodynamic curves similar to a sports car. It comes with a dual fingerprint scanner for enhanced convenience, making HUAWEI one of the first manufacturers to incorporate said technology on a smartphone.

Debuted as the world’s first smartphone with 7nm SoC, 2.5cm Super Macro Mode, and HUAWEI SuperCool technology, HUAWEI Mate 20 Series was revolutionary innovation back in 2018. The Mate 20 Pro was the first one in the series to introduce reversed wireless charging, making it stand out from the crowd.

Refashioned as a camera first, smartphone second. The HUAWEI Mate 30 series differs from the previous series in terms of the camera setup and display, to a degree. Known as the world’s first smartphone equipped with a flagship 5G SoC, it was able to optimise the 5G experience through its large bandwidth, providing a high speed low latency experience, leading the smartphone to a whole new level in the digital world.  HUAWEI Mate 30 Series has redefined smartphone capabilities of taking professional videos in cinematic tones. The SuperSensing Cine Camera features a large 1/1.54-inch sensor size with a high maximum ISO of 51200 to capture videos, including Ultra Slow-motion video at the highest 7,680 frames per second, as well as 4K Low-light Ultra-Wide Time-lapse video.

Being the first HUAWEI device to incorporate the world’s first 5nm 5G SoC in the Kirin 9000, the Mate 40 series is capable of handling intensive computations; hence making it possible for users to multitask. The smartphone is also featured with the first EOD (Eyes on Display) dynamic display in the world.

With each addition to the Mate series, HUAWEI has evolved its products to meet the needs of its audience, who are always looking for a smartphone that delivers quality and function as an ideal daily companion. 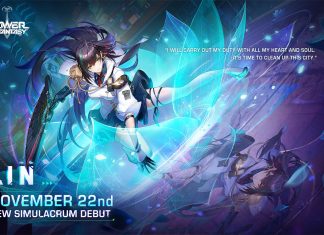 [Infographic] An Up-Close Look at the Galaxy Buds Live

A Day in the Life of Students and Young Professionals with...

[Editorial] The Mainstream Moment for Foldable Smartphones Is Here