The world is captivated by the undeniable charm of foldable phones.

Samsung Electronics’ Galaxy Z Flip4 and Galaxy Z Fold4 have become icons in the global smartphone market. In addition to the eye-catching design and unique functionality of the devices, Samsung has launched various creative marketing campaigns in cities across the globe to generate interest among the public. To explore some of the unique ways the company is advertising its popular foldable devices, Samsung Newsroom is showcasing some of the campaigns that are making consumers around the world eager to buy the Galaxy Z Flip4 and Z Fold4.

Capturing Your Best Angle in Brazil

In Rio de Janeiro and São Paulo in Brazil, passersby can catch a glimpse of the Galaxy Z Flip4 by viewing the large-scale, out-of-home (OOH) billboards centered around the theme of “Life Seen from the Best Angle.” This series of advertisements displays how the phone looks when it is folded. If you upload a selfie on social media with the hashtag #GalaxyExperienceRJ, the photo shows up on the large billboard in the shape of the Galaxy Z Flip4 cover display. In addition, the clock billboards installed in four places downtown caught the attention of the public, as the billboards physically fold and unfold like the devices themselves. 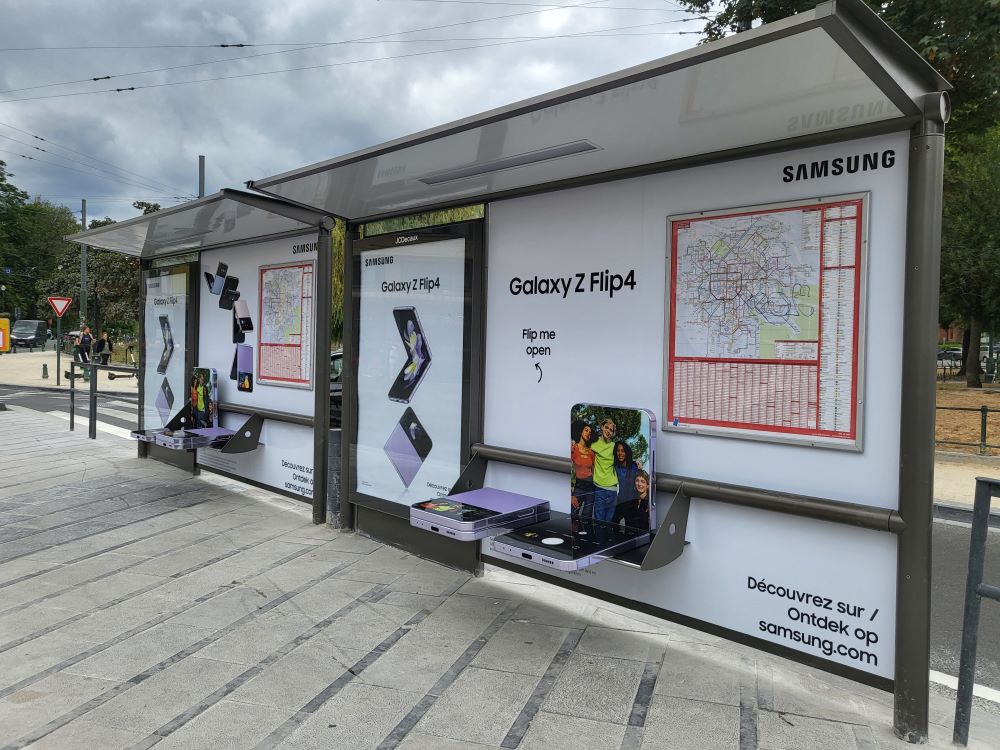 In Belgium, Samsung installed chairs in the shape of the Galaxy Z Flip4 in bus stops. The phones can be used as actual chairs, providing both a convenient seat and a fun display for those waiting for the bus. The playful bus stop marketing began on August 26 and ran for about a month in five different places, including the luxury street Avenue Louise in Brussels and the street of the Antwerp Opera in Belgium.

A Phone That Moves With You in the Czech Republic 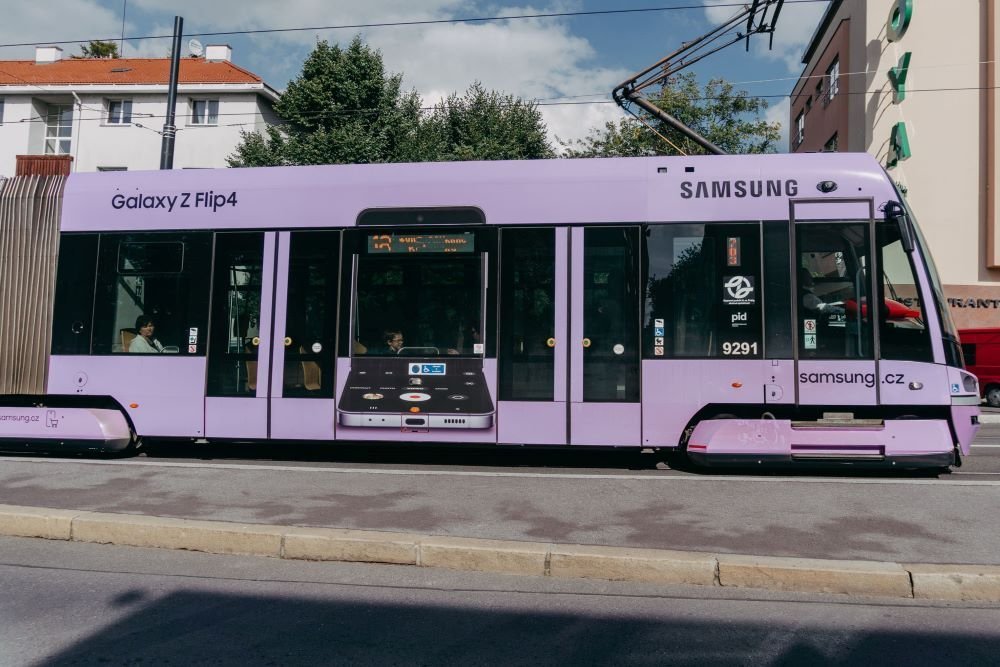 Starting on August 22, a purple tram displaying one of the iconic colors of the Galaxy Z Flip4 will be running throughout the city of Prague in the Czech Republic. Additionally, the Z Flip’s FlexCam has been shaped to match the tram’s window, making tram passengers appear as though they are subjects being filmed by the phone. More trams in different routes will feature this decorative wrapping until February of next year, helping to transport passengers while capturing the attention of those in the city.

Light up the Night With Galaxy Z Series in Taiwan

Combining both the latest technology and the new Galaxy smartphone devices, Samsung unveiled its Galaxy Z Fold4 and Galaxy Z Flip4 through a captivating drone show at Riyue Tan (Sun Moon Lake) in Taiwan. As the phones are both vertically and horizontally symmetrical, their design resembles a mirror. Similarly, the reflection of the Moon on the lake surface also has a mirror-like quality. Inspired by this imagery, Samsung Electronics Taiwan selected Sun Moon Lake for the site of the drone show, hoping to create synergy through the event with the similarities between the product and the location.

During the show, a total of 500 drones, which were synchronized and arranged over a training period of 30 days, were equipped with bright lights and moved throughout the sky to form the silhouettes of the Galaxy Z Fold4 and Z Flip4 as well as the word “Galaxy” and more. The drones decorated the night sky and touched the hearts of those at the event.

For more information on the Galaxy Z Flip4, visit: https://www.samsung.com/my/smartphones/galaxy-z-flip4/buy/

For more information on the Galaxy Z Fold4, visit: https://www.samsung.com/my/smartphones/galaxy-z-fold4/buy/