Stream this SYOKcast series via the SYOK app or website


With the launch of both the PlayStation 5 and the Xbox Series X, which should you choose? Join Aiden and Nav on this pilot episode of TechniPod as they share their thoughts on both devices!

Episode 2: Social Media And Us


So much social media and so little time. Aiden, Nav and Cat talk about recent developments on their favourite social media platforms and what direction the plat forms are heading in.


How do E-wallets work and which one should you use? On this episode of TechniPod your chatty trio will be talking about their experiences using E-wallets in Malaysia and share some ideas on how e-wallets may develop.

Episode 4: E-Sports During The Pandemic


The pandemic has impacted gaming in many ways, on this episode of TechniPod the gang talks about how E-sports, viral games and live streaming has grown in the past year.

If life is a game, why not make learning fun? What is gamification, how is it being used and can it actually be beneficial when it comes to picking up something new and unfamiliar?

Stream on 2 March at 10am via the SYOK app

Episode 6: We Talk About Video Games, A Lot

Three adults talk about how they spent way too much of their free time playing video games during the lockdown this past year.

Stream on 9 March at 10am via the SYOK app

Episode 7: The Quirky Side Of Tech

From InfraRed to Augmented Reality Aiden, Nav and Cat talk about some of lesser known and used bits of technology with a couple of sprinkles of their views on what more we could possibly do with them.

A sea of mobile phones just waiting for buyers to take the plunge. On this episode of TechniPod, Aiden, Nav and Cat talk about some new phone launches and their thoughts on buying a new mobile device.

Despite the fact 4K displays were introduced quite a while back actually watching Ultra High Definition content has had its own set of limitations. Then, what about 8K?

The crew wraps up season 1 of TechniPod by running back through some of their favourite tech launches from 2020 and sharing their opinions on some of the upcoming launches.

Stream on 6 April at 10am via the SYOK app 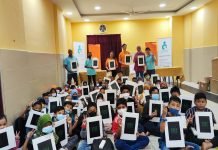 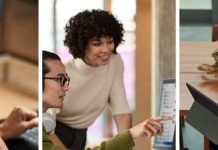 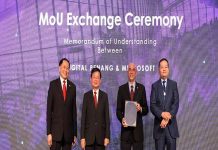 Experience the Next Wave of Awesome with the New Galaxy A23...

24 Hours of Living the Dream Life with Galaxy Wearable Devices