From April 21 to 24, the Xiaomi 12 Series Roadshow will be happening at Sunway Pyramid. Shoppers can get special deals on their favorite Xiaomi smartphones at special prices with free gifts*. In addition, shoppers will also be able to bring home a FREE Mi TV P1 43″ or Xiaomi Watch S1 and other free gifts when they purchase a Xiaomi 12 Series smartphone, on a first-come first-serve basis, while stocks last.

Check out the list of Xiaomi 12 Series Roadshow Deals* below:

Stay tuned to Xiaomi’s Facebook page for the latest news, updates and promotions. 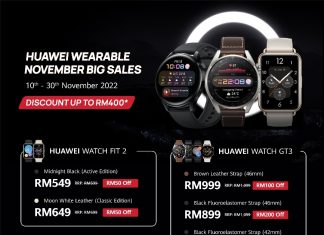 Galaxy A is Officially Awesome: AWESOME Campaign Celebrated by the Creative...